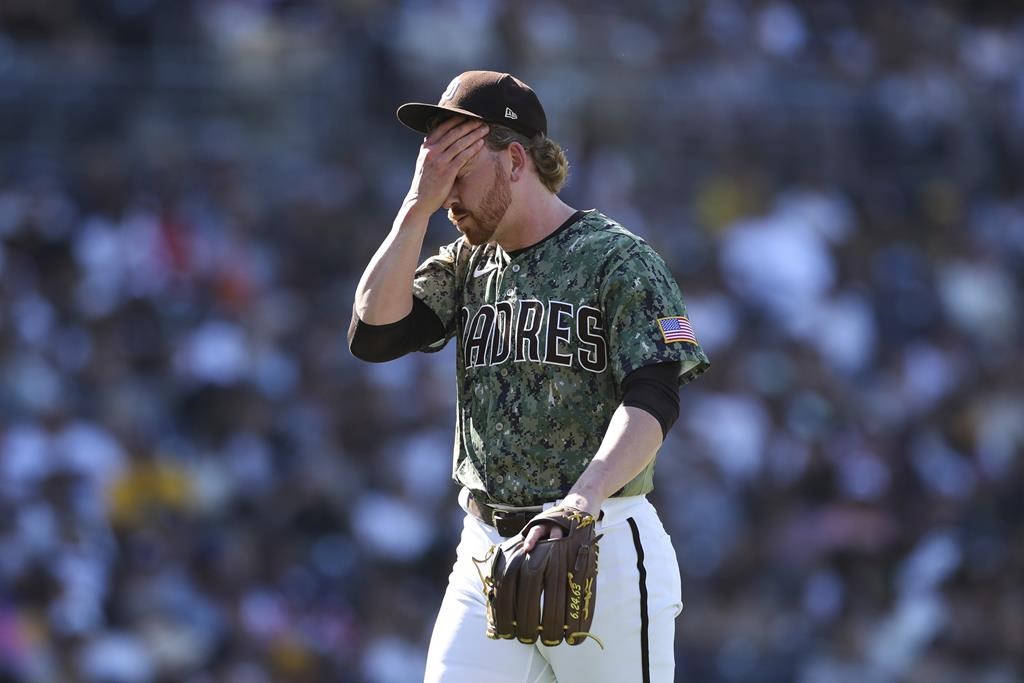 SAN DIEGO (AP) — The San Diego Padres are going back to the playoffs for the first time in a full season since 2006, a spot that they clinched during the seventh inning of a 2-1 loss to the Chicago White Sox on Sunday.

The Padres were batting when the Miami Marlins beat the Milwaukee Brewers in 12 innings. The sellout crowd of 41,407 at Petco Park stood and cheered the sealed wild-card spot.

The Padres trailed 2-0 at the time but Kim Ha-seong homered a few minutes later.

The Padres had a chance to win in the ninth when they put two runners on with two outs against Liam Hendriks but pinch-hitter Jorge Alfaro, who has five walk-off plate appearances this year, grounded out.

Fireworks went off and the Padres players were given hats and shirts, but there was no wild on-field celebration. Manager Bob Melvin was drenched with a cooler of water and the players gathered near the mound for photos. They were cheered by what was left of the crowd as they headed to the clubhouse.

San Diego is one game ahead of Philadelphia for the second of three NL wild cards.

The Padres won a wild-card series against St. Louis after the pandemic-shortened 2020 season before being swept in the division series by the eventual World Series champion Los Angeles Dodgers.

It’s the seventh playoff berth in franchise history and the fourth since Petco Park opened in 2004. The Padres haven’t been to the World Series since 1998, when they were swept by the New York Yankees.

The Padres reached the playoffs this year without electrifying shortstop Fernando Tatis Jr., who was on the cusp of returning from a broken left wrist when he was suspended for 80 games by MLB on Aug. 12 for testing positive for a performance-enhancing drug.

Slugger Manny Machado has carried the Padres most of the season offensively and they added Juan Soto from Washington in a blockbuster deal on Aug. 2.

Lance Lynn (8-7) and Blake Snell 8-10) were locked in a scoreless duel Sunday when Elvis Andrus homered off the San Diego lefty with one out in the sixth, his 16th. His shot reached the top balcony of the brick warehouse in the left field corner at Petco Park.

The White Sox went ahead 2-0 on Adam Engel’s two-out single in the seventh that brought in Andrew Vaughn, who had drawn a leadoff walk.

San Diego got on the scoreboard when Kim homered to left off Lynn with two outs in the seventh, his 11th.

Lynn allowed one run and five hits in seven innings, struck out five and walked one.

Snell allowed one run and three hits in six innings, struck out six and walked one.