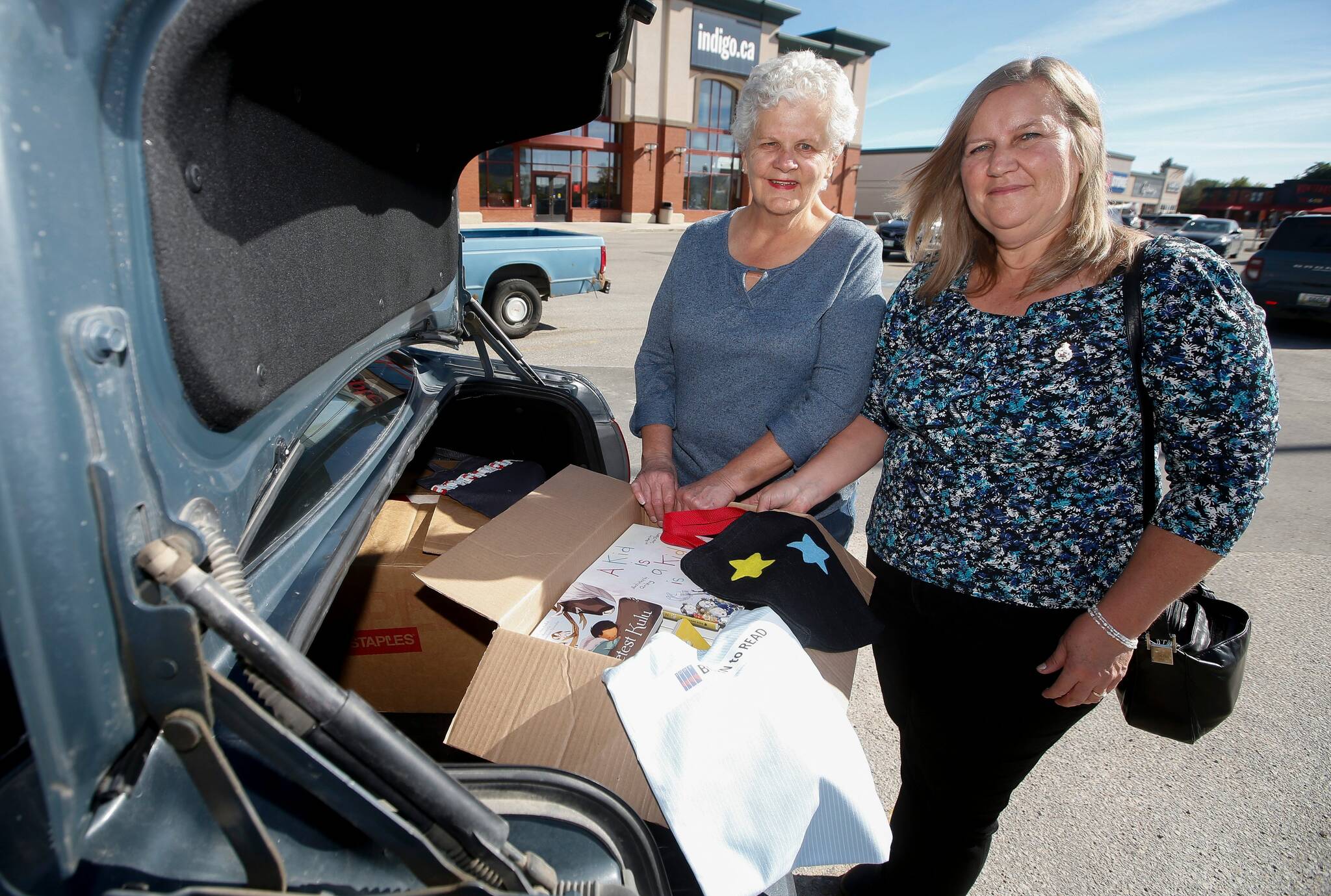 IODE Canada, a national women’s charitable organization, is using Oct. 1-7 this year to raise awareness about the work it does to enhance the quality of life for individuals through education support and community service.

Incorporated in 1901 as the Imperial Order of the Daughters of the Empire, the acronym now stands for inclusive, organized, dedicated and enthusiastic.

IODE members contribute more than 750,000 volunteer hours annually to community work through a variety of activities.

In Winnipeg, the group has one chapter. The Jon Sigurdsson Chapter IODE was formed in 1916 by a group of predominantly Icelandic immigrants. They named the chapter after the leader of the 19th century Icelandic independence movement.

Today, the chapter has 40 members. They record the time they spend volunteering, logging between 9,000 hours and 14,000 hours annually.

For chapter president Diane Drawbridge, involvement with the Jon Sigurdsson Chapter IODE runs in the family.

Drawbridge grew up volunteering with the group and became a member in 2015.

“I enjoy giving back to the community,” says the retired educator.

Over the years, the chapter has undertaken a variety of one-time and ongoing volunteer activities. It raises funds for 15 scholarships and bursaries per year at $1,000 each.

Earlier this year, members raised $2,400 to purchase books for children.

Previously, they have knitted hundreds of hats, scarves, mitts and shawls that were donated to women’s shelters and inner-city schools, distributed food hampers and hygiene kits to Winnipeggers experiencing homelessness, and collected household items for a program at Siloam Mission.

The chapter also helps plan and host an annual celebration June 17 that honours Jon Sigurdsson and Icelandic independence. Guests are brought from Iceland to connect with Manitobans in an effort to strengthen the bonds between Iceland and Canada.

Natalie Denesovych, too, has familial ties to the chapter. Denesovych became a member in 2010, in part because her mother had been a member.

Denesovych has used her involvement with the Jon Sigurdsson Chapter IODE to keep busy following her retirement from a demanding job at the University of Manitoba.

She is currently the chapter’s treasurer and sits on the national group’s board of directors.

“I think what I enjoy about it is the camaraderie of the group and that we actually make things happen,” she says. “I feel good about doing it and it fills my day.”

On Nov. 6, the group is hosting a fundraising concert at Neil Bardal Funeral Centre that will feature Academy Award-winning songs performed by local musicians. Tickets are $20, with proceeds supporting the chapter’s scholarship fund. (Anyone wishing to contact the chapter for more information or membership can email [email protected])

“I feel so fortunate to be working with such a remarkable group of compassionate and dedicated women,” Drawbridge says. “It’s quite remarkable and very inspiring how everyone works together and does such great things for the community.”

If you know a special volunteer, please contact [email protected]